How To Hang Curtains On Plaster Walls? Complete Guide

Hanging curtain rods is one of my least favorite tasks. It’s likely a holdover from my time in a dilapidated San Jose home. The curtain rod next to my bed suddenly fell to the ground one day as I was doing my own thing in my bedroom.

The only thing that left of the wall were two holes in the plaster where screws were likely to have once been located.

I was able to rehang the curtain rod after much googling, several phone calls to my father, and $20 worth of Home Depot molly bolts in various sizes.

Trying to hang things on plaster walls was a major pain, and this was a bad way to learn about the process.

Because of this, I was filled with fear when faced with the prospect of covering an entire room’s worth of windows for my future office. Plaster walls with three distinct curtain rods, each with three brackets. My eyes were watering and I was ready to cry. 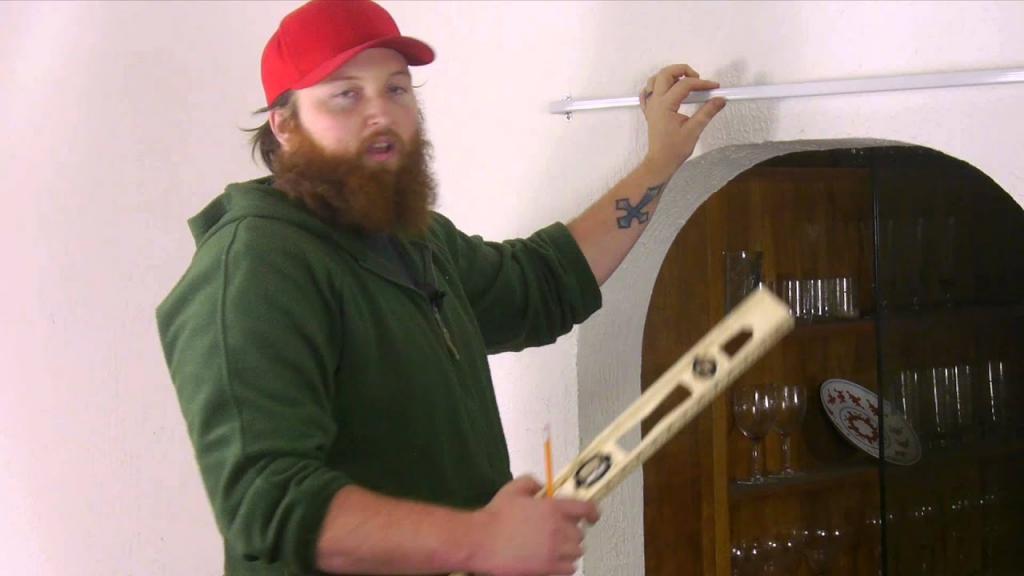 However, as there was no curtain fairy in my neighborhood to help me attach curtain rods, I had to dig deep into my faux optimism and do it myself.

Please be aware that this post includes affiliate links. I may get paid if you buy something after clicking on my link (at no additional cost to you.)

Plaster Vs. Drywall: A Short Note

Because of the weight of the curtain and rod, your brackets should be able to go all the way into the wood. This involves getting your screws into a stud in a normal, recently-built house.

As it stands, studs can be located only every 16-24 inches, thus finding a place for a bracket is unlikely. To compensate for the lack of a stud, we installed molly bolts in the wall.

Molly bolts are required for most brackets in a drywalled house. For the record, curtain rods typically come with these.

Lath—strips of wood that like the following—is sometimes used to reinforce plaster walls in older homes.

While I wouldn’t put a TV on this wood, it’s more than capable of supporting some curtains. You don’t need a molly bolt if you drill your holes and hit the lath! You screw your curtain rods directly into the lath, relying on it to hold them in place.

You’ll still need to use a few molly bolts for the rare screw because you won’t always strike the lath. But that’s a lot better than having to do it for each and every screw/bracket.

Use our FREE Project Planning Worksheet to get a clear picture of your project’s scope. Sign up for our email list and we’ll send you the worksheet right away!

The Easy Way to Hang Curtains on Plaster Walls

Specifically, I was utilizing these curtain rods, which came from Amazon. A four-pack of 120-inch curtain rods was exactly what I needed to cover all of my large windows (and at the greatest price I could find)!

Since only three brackets were needed to hang the curtains (instead of the usual four), I believe they’re much easier to relocate. I’d check them out if you’re going to be covering a lot of windows!

Step 1: Mark the Spot for the Bracket

My curtains were 100 inches off the ground when I hung them. Afterwards, I positioned my bracket and indicated where the holes needed to be drilled.

If you’re hanging your curtains high and wide like everyone says to do, make sure there is enough space for the finial (ball thing at end). Mine was dangerously close to hitting the wall.

Make sure there is adequate room for the finials if you’re hanging your curtains high and wide as everyone advises (ball thing at end). My car was on the verge of crashing into the wall.

Depending on whether you come across lath or not, I’ve provided two sets of instructions. Choose the one that best suits your needs! 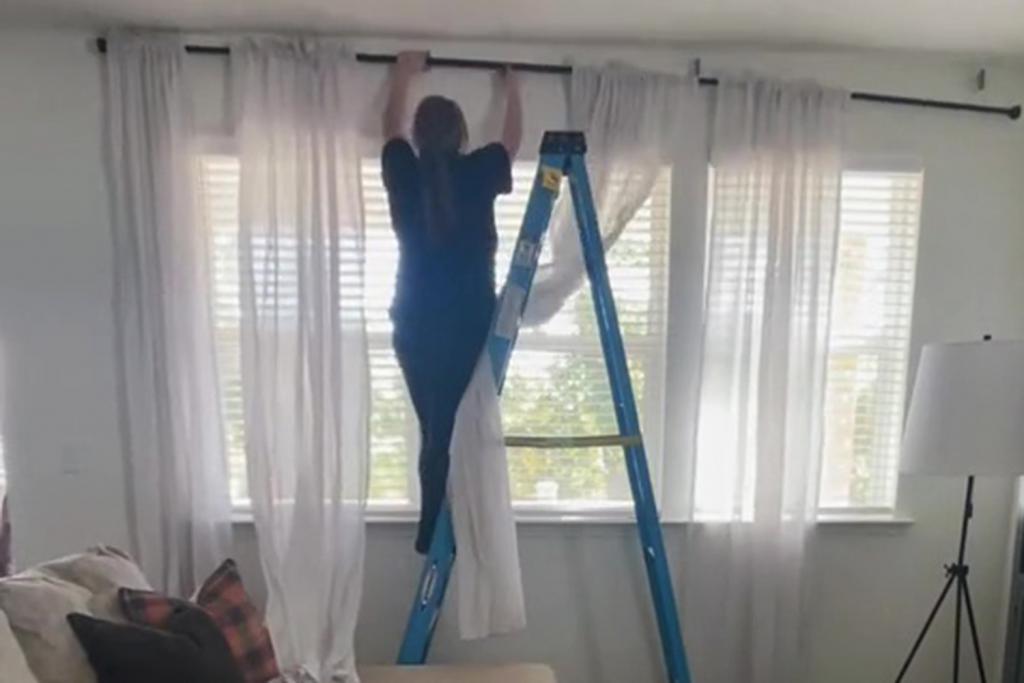 It is possible to insert a screw into the wall directly if you strike the lath. In order to drill the second hole, I had to take the hanger off and put it back on again. It was only then that I tightened this top screw after the lower screw and bracket were installed.

If You Don’t Hit Lath: Step 3: Insert a Molly Bolt Into the Hole

The curtain rod usually comes with molly bolts. There are a lot of them:

Take one and put it in the hole you’ve already drilled in your workbench. Using a mallet, bang it firmly into place.

The bolt should slide into the hole after hammering, but if it doesn’t, use a drill bit slightly larger than the one you were using to enlarge the hole.

Make sure you’re aware of your surroundings! To ensure that a molly bolt can be hammered into place, the hole does not have to be enormous.

Because I’ll be adding and removing the bracket to mark and drill the second hole later, I’m not going to fully tighten the screw.

I next positioned my bracket on the first screw and indicated the location of my second hole. As long as I didn’t mind if it was a bit off from where I had marked in step 1, that was fine.

So, before drilling the second hole, I would always go back and double-check my work.

The second hole is soon to be marked!

Determine based on whether or not you’ve hit lath or plaster in steps 2 and 3. This time, when you screw in the bracket, make sure it’s securely in place.

Drilling the second hole caused the plaster to break. Not a major deal, as the hanging will hide it.

Step 6: Repeat for Other Brackets

Each rod was supported by three brackets.

Most of the time, they simply screw in. 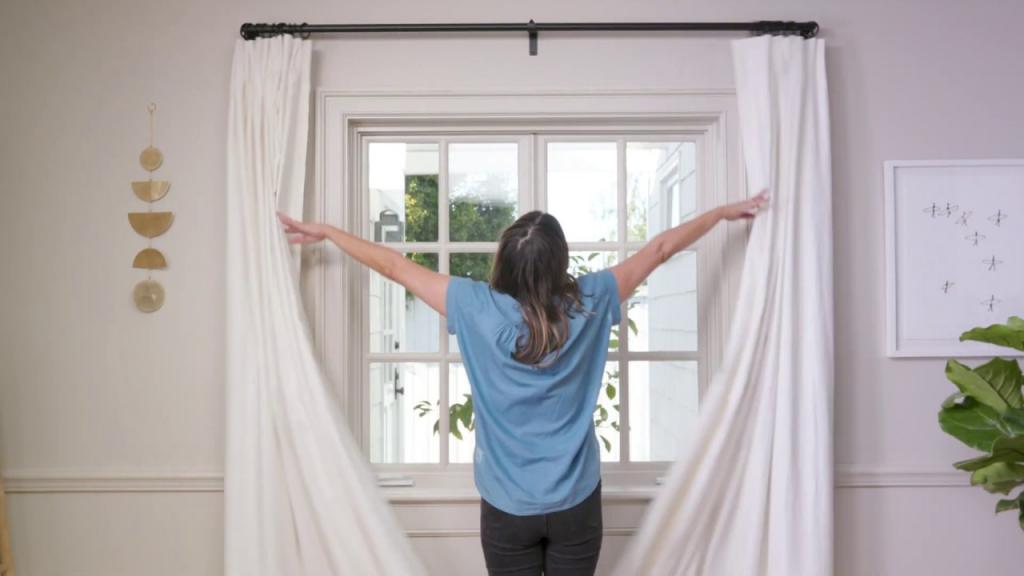 For weeks, I had dread hanging these curtain rods, but in less than two hours, they were up and running.

The lath makes it so much easier to hang things on plaster walls than I had anticipated. In a way, I’m looking forward to putting up the living room curtains (well, not dreading, at least.)

Why not take a look at my adorable curtain tiebacks? Because of the hearts, they are ideal for Valentine’s Day. However, they can be used all year round if you have a pink space.

As a rule, toggle bolts can handle more weight than molly bolts. The shear and tensile strength of concrete screws are outstanding (resistance to pulling out). 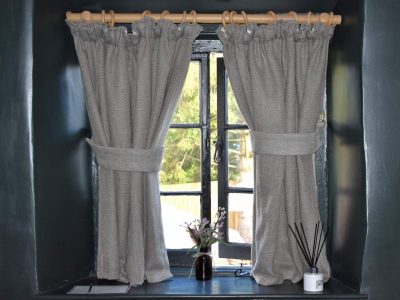 How To Fix Curtains That Are Too Long? Troubleshooting and Repair Guide 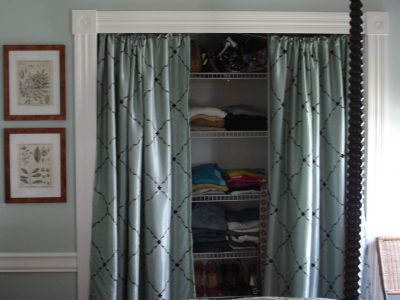 How To Hang Curtains Instead Of Closet Doors? A Few Tips to Remember 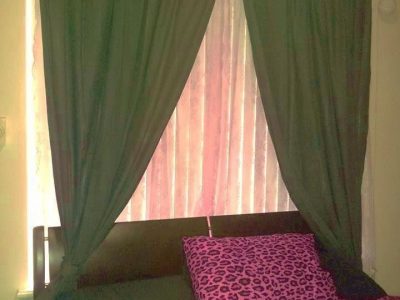 How To Dye Polyester Curtains? What are the Best Fabric dyes for Polyester? 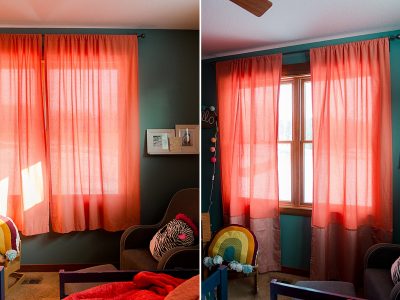 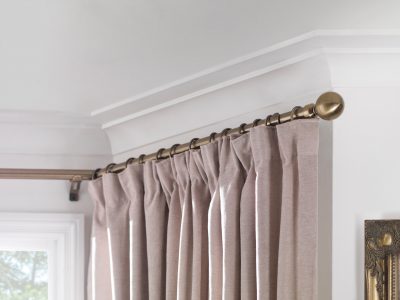 How To Hang Curtains In A Bay Window? Comprehensive Guide 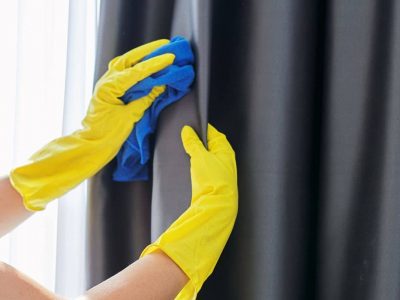 How To Dry Clean Only Curtains? Complete Step-by-Step Guide 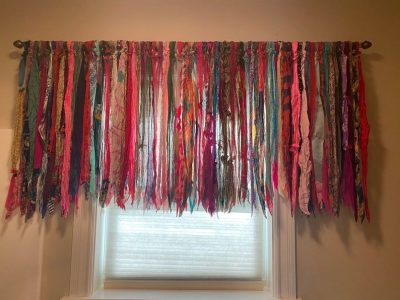 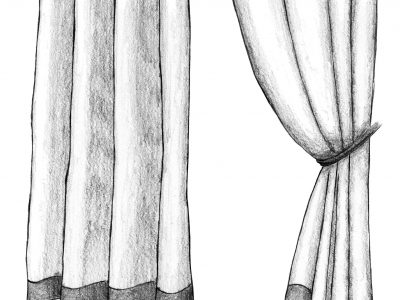 How To Draw Curtains? Step-by-step tutorial 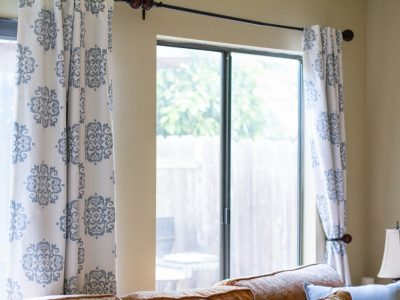 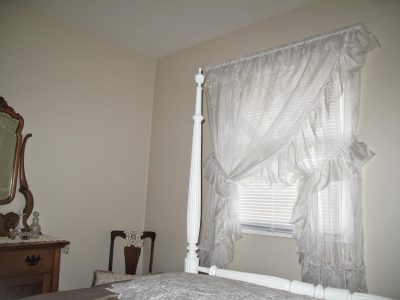 How To Criss Cross Curtains? A Step-by Step Learning Guide

How To Fix Curtains That Are Too Long? Troubleshooting and Repair Guide

How To Hang Curtains Instead Of Closet Doors? A Few Tips to Remember

How To Dye Polyester Curtains? What are the Best Fabric dyes for Polyester?

How To Hang Curtains In A Bay Window? Comprehensive Guide

How To Dry Clean Only Curtains? Complete Step-by-Step Guide

How To Draw Curtains? Step-by-step tutorial