How To Make A Latch Hook Rug Into A Pillow? Step-by-Step Tutorial

If you don’t have a lot of floor space, latch hook rugs are a great option. Instead, make them into pillows. Latch hooked rugs utilize long sheared strands that absorb water and mud, so if you’ve made a masterpiece, you might not want to lay it on the floor where it can get worn and soiled. Latch hook rug kits are available for purchase, or you can create your own. Plan ahead of time so that you have enough blank canvas on the edges to join the sides together later on in the design process.

How To Make A Latch Hook Rug Into A Pillow

On its top side, fold the latch-knotted rug in half. Make sure the edge of the knots opposing the fold matches and the two sides are equal before aligning the hooked portions of the canvas. This means that you now have a four-sided, double-layer rug with a fold, an open front side opposite it, and two open sides.

Yarn can be used to secure one side of the latch-hooked rug together. Begin by tying a double overhand knot in the yarn near the hooked region of the canvas at the folded edge. Utterly Hooked Designs recommends weaving the yarn up the pillow’s side through the canvas’s holes. Keep your weaving close to the hooking part at all times. Using the latch hook, thread the yarn through each of the canvas’s holes, working your way from one side to the other. 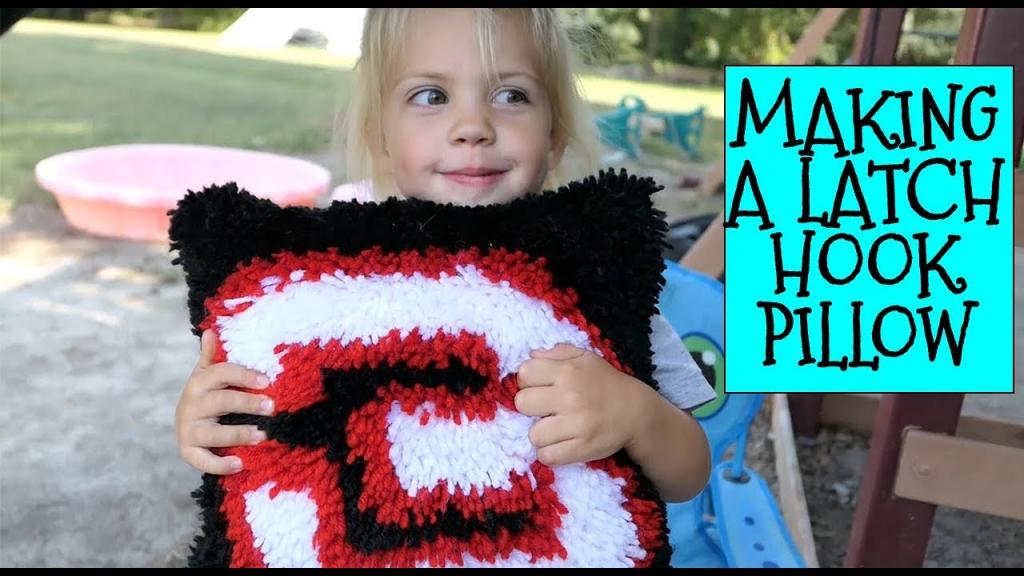 3. Use an Overhand Knot

When you reach the open front end, make a double overhand knot to finish the yarn. Re-work the other side, starting from the fold and working toward an unopened front.

4. Turn the Pillow Inside Out

You can use an old sheet to make a pillow liner for a huge floor pillow. If that’s the case, you can skip forward to the next step.

Insert the pillowcase inside the hooked rug pillow with the open side facing you. Krostrade recommends you to fill the pillowcase with polyester fill fibres. Tuck the pillowcase’s top into the canvas by folding it over. The pillow will be firmer if you use additional stuffing.

If your rug is large enough, you might be able to stuff it using a pillow form instead of fibers. Without a pillow case, the fibers will eventually work their way out of the holes in the canvas, causing the fabric to pill.

7. Tuck the Flaps Inside

8. Tie Yarn to the Front Edge

Tie a long strand of rug yarn to the front edge on one side. Once the front border of the cushion is weaved together, leave a long enough tail so that it may be tucked nicely within.

Use a ladder stitch to close the pillow’s front, passing through the open canvas mesh at the hooked area’s edge. When you’re done, leave a long tail of yarn and knot it around the final loop of canvas. Put the yarn into the pillow.

Alternately, sew a canvas or corduroy back to the pillow and only use the rug for the front. 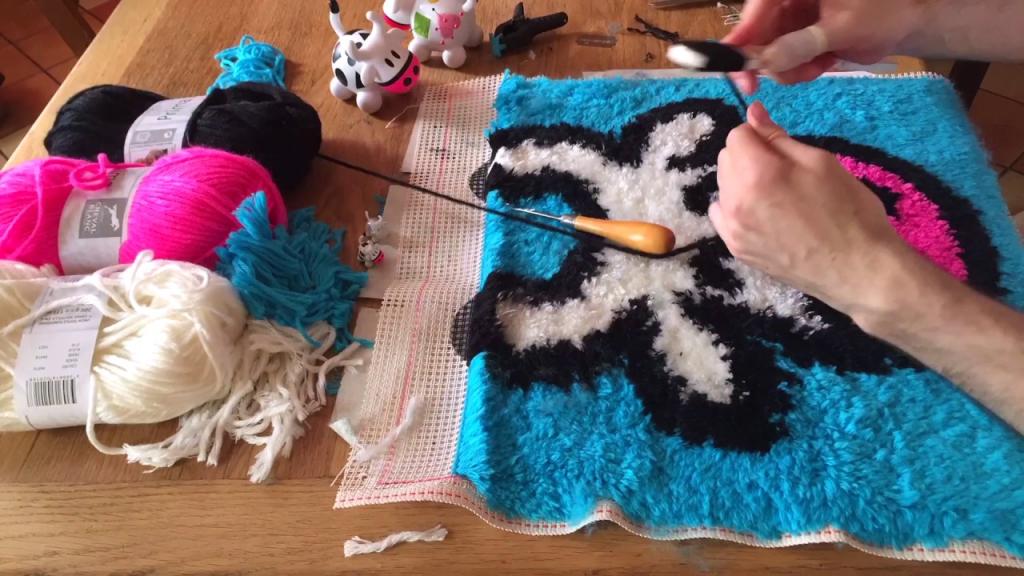 What is Latch Hooking?

Let’s take a deeper look at latch hooking before we get started with the tutorial. The latch hook is a textile art form as well as a useful tool. You don’t have to knot the yarn to the canvas like you do in rug hooking or locker hooking.

As far back as the nineteenth century, there has existed a latch book. The latch needle was used by the first textile artists to create their work. This needle, on the other hand, has already through a number of changes.

Latch hook rugs are now made by artisans and craftspeople using a hand tool and a specifically woven rug canvas. Depending on the size of the rug, the canvas might have anywhere from 3.3 holes per inch up to 5 hpi. While the pattern can be worked from a separate chart that closely resembles the needlepoint pattern, it’s also possible to have the pattern stenciled onto the canvas.

Your Guide to Making a Latch Hook Rug Into a Pillow

Rugs benefit greatly from latch hooking’s unusual texture, but the technique can also be utilized to create eye-catching decor. Pillows are a more practical option than wall hangings if you’re looking to add some color and texture to a room.

For those who intend to build their own carpet, they may find that after a long and tiresome process they cannot simply foot on the work they’ve put into it. This beauty can be appreciated for a longer period of time with the help of cushions.

Step 1: Get your latch hook rug

This project can be completed more quickly if you already have a latch hook rug on hand. If not, move on to making the pillow. Other than that, continue on. While there isn’t a specific size requirement, it’s recommended that you go with something wide or rectangular.

Step 2: Create a plan for your latch hook rug

If you’re planning on making a latch hook rug, you’ll need a strategy in place before you do anything else. The first step is to select a sample or develop a pattern and then proceed.

Keep in mind that latch hooking isn’t difficult, but it’s not something you should complete in one session, especially if you’re working on a large area of canvas. In the end, patience and perseverance will provide a magnificent product.

Latch hook needles and a piece of canvas are all you’ll need for this project. Yarn is an important component in the rug-making process. Pre-cut rolls are more expensive, but you can save money by purchasing the rolls in bulk.

Step 3: Start with the latch hooking

Make many five-inch strips from the yarn, but you can make them longer if you prefer a fluffier texture for the rug. Wrap a single cut thread around your latch hook after this.

Insert the hook into one of the squares in the grid on your canvas, and you’re done! Take a small amount of thread and pull it through the hole until roughly half of it comes out the other side. Before you construct a knot, do not separate the yarn.

In order to accomplish so, push the needle higher so that it pierces the canvas once more, and then hook both tails of the yarn. So, pull it down so that both ends pass through your threaded loops. If necessary, you can make the knot even tighter.

Keep repeating the same action, if you have picked a specific color scheme to follow. Your latch hook rug will take some time to complete, but it will be worth the wait.

To begin, fold the rug in half so that the patterned sides are facing inward. Make sure the pillow’s edges are aligned as well. Using straight pins or safety pins, secure the fold.

Fold the latch hook rug in thirds and use yarn to tie a knot through each square gap in the canvas. Remember to leave a space free on one side of the stuffing bag for easy access. Turn the case over so that the textured surface or the right side is visible. 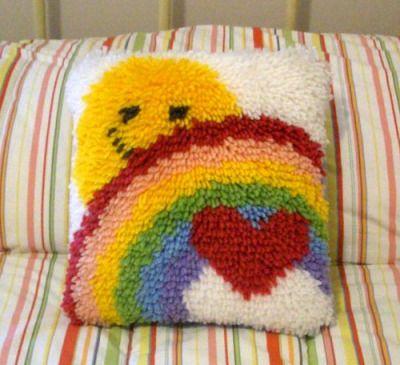 The final step is to stuff the pillowcase with the stuffing. Close the remaining open side with a whipstitch to prevent the stuffing from leaking out. Make sure you tuck the yarn tail that was used to close the pillow case inside the pillow to give it a neater appearance.

To get to this far in the project’s description, you’ve probably already realized that learning how to turn an old latch hook rug into a pillow isn’t all that difficult. The journey may be long, but the reward at the end will be well worth the effort. 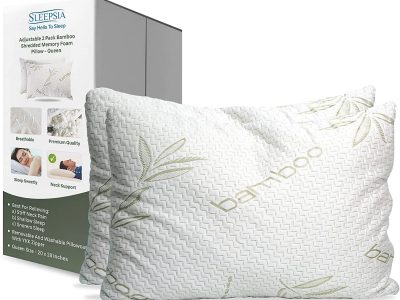 How To Clean A Bamboo Pillow? Everything You Need To Know 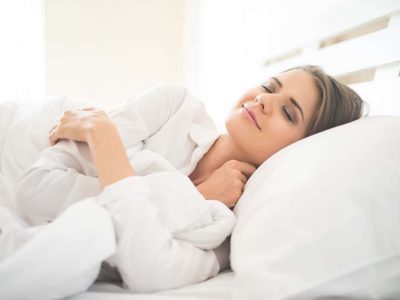 How To Keep Pillow Cold? 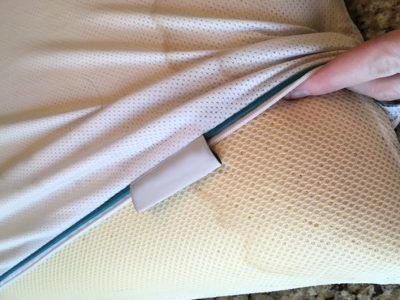 How To Clean A Memory Foam Pillow? Comprehensive Guide 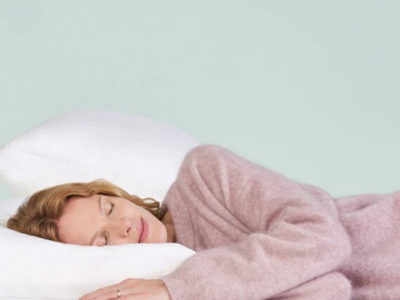 How To Break In A New Pillow? Step By Step Guide 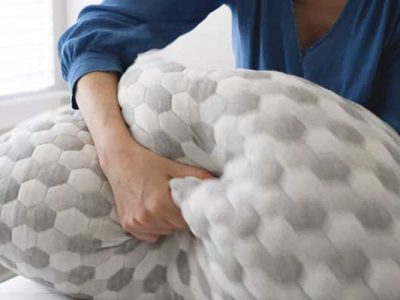 How To Fluff A Body Pillow? Comprehensive Guide 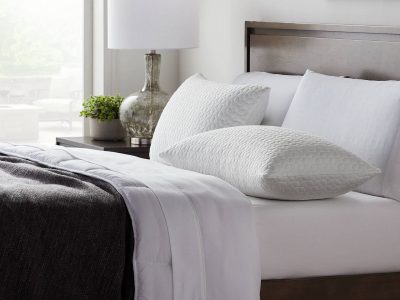 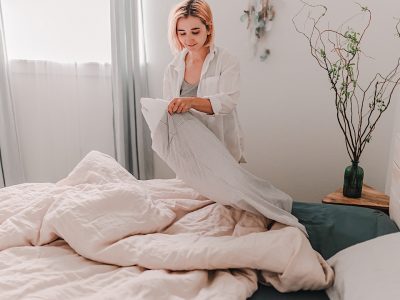 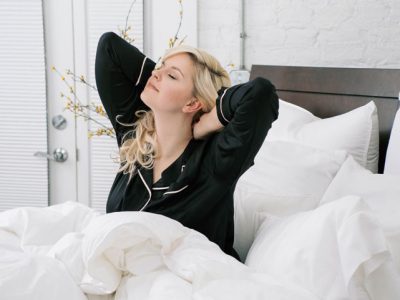 How To Keep Your Pillow Cool At Night? Effective Ways 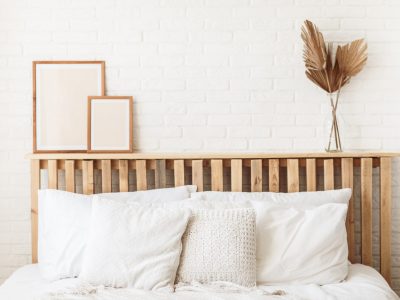 How To Flatten A Pillow? Everything You Need To Know

How To Clean A Bamboo Pillow? Everything You Need To Know

How To Keep Pillow Cold?

How To Clean A Memory Foam Pillow? Comprehensive Guide

How To Break In A New Pillow? Step By Step Guide

How To Fluff A Body Pillow? Comprehensive Guide

How To Keep Your Pillow Cool At Night? Effective Ways